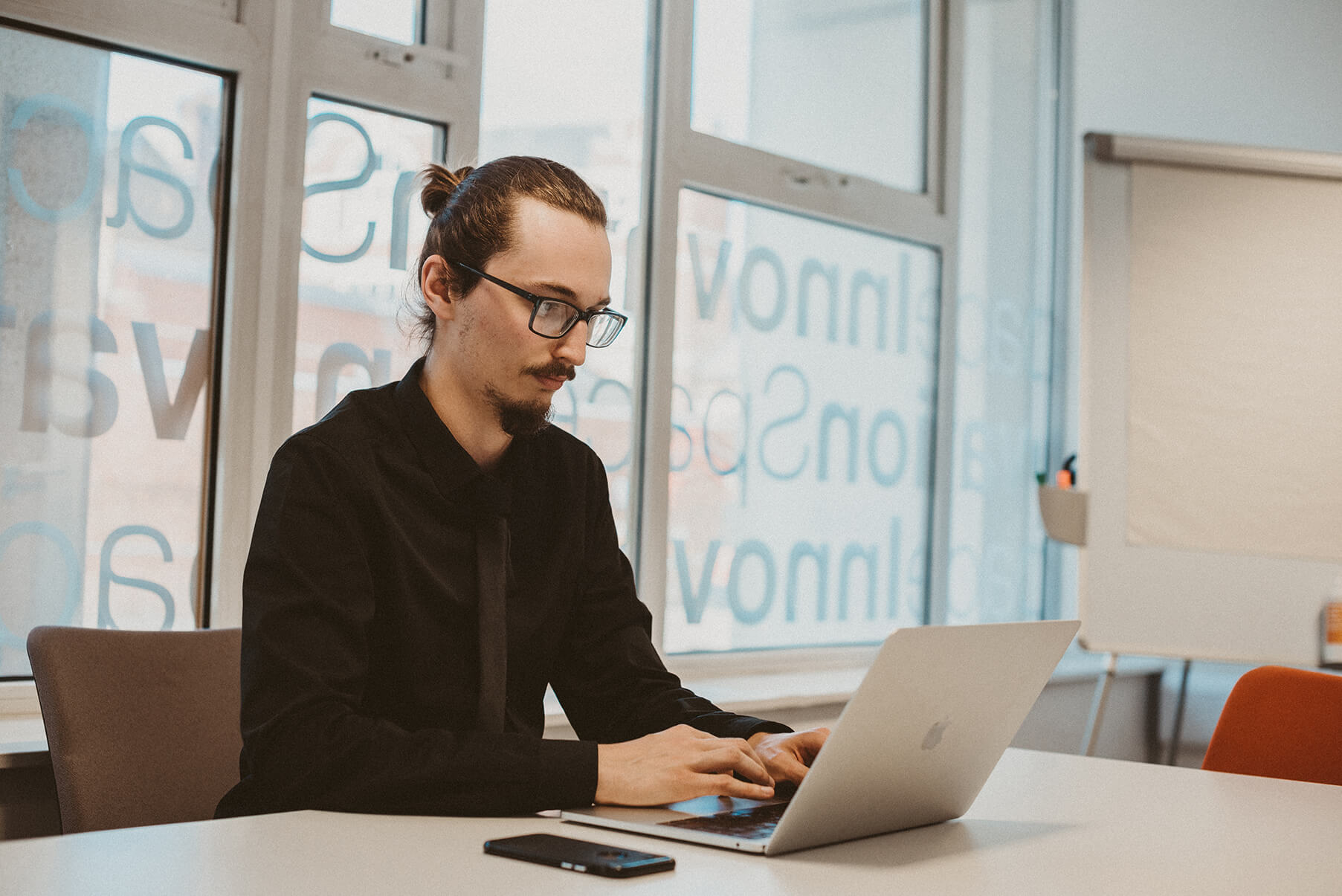 “Do what you love and you’ll never work a day in your life” is a quote I used to live by. Running two successful businesses alongside graduating with a First Class Honours degree at the age of 22, would suggest I was doing just that. I thought I loved it. Fortunately, my second favourite quote is “don’t believe everything you think”, which spurred on a few moments of reflection in early 2019.

“Do what you love and you’ll never work a day in your life” is a quote I used to live by. Running two successful businesses alongside graduating with a First Class Honours degree at the age of 22, would suggest I was doing just that. I thought I loved it. Fortunately, my second favourite quote is “don’t believe everything you think”, which spurred on a few moments of reflection in early 2019.

It was January 2019 to be precise, and I had just left The Coaching Masters. A business I had co-founded in the little amounts of spare time a 21 year old student and COO of a marketing agency possesses. My co-founder, at the time and current CEO, and I, spent many a coffee-fuelled evening in our hot-desk-style office, building the foundations of what neither of us imagined would one day be a 6 figure business, paving the way in the online coaching industry. The burning question on your lips at this point may be, why did you leave? (if you care, that is).

I left because I no longer resonated with quote #1. Coaching was not an area I was desperate to work in, the connections I was making were not connections I thought would ultimately lead me to success, and most importantly of all, the business was steering into a direction in which I didn’t feel full comfort in fulfilling, delivering and being a part of. Credit to my at-the-time business partner, he fulfilled a dream he had, and the brand is now stronger than ever, chiefly because the two Operating Officers at the helm, are both fully invested in the direction in which the business is going. Thus leading us back to January 2019, where in a few short but intense moments of reflection, I realised I wasn’t doing what I loved, and indeed was working every day of my life.

It’s now February 2019, and Wolfden Creative, the creative marketing agency I had founded alone in my Uni bedroom in 2016, was about to become a part of something that would structure my life for the next 12 months. But for this, we take a trip ‘up narth’.

Fly High Media was founded in 2016, in similar vain to that of Wolfden Creative, by an entrepreneur in the bedroom of a Manchester University halls of residence. SEO and Facebook Marketing were the main services offered, and delivered by its founder, Matt Pyke. Matt and I, who to this day I get to call a good friend, have collaboratively worked on several projects over the years. Fly High Media providing insight and technical knowhow of marketing toolkits, and Wolfden Creative providing the creative and implementation. At this stage, we were both still building the foundations of both businesses. They were micro-businesses, mainly local, and to be honest, nobody would have noticed if they vanished the next morning.

We had both toyed with the idea of merging the two together for several months, and the conclusion of my time at TCM, along with a few exciting projects on the horizon at the time, meant that January 2019 was the right time to execute. We didn’t waste too much time on choosing a collective name, I wanted Wolfden Creative, Matt wanted Fly High Media, so we compromised, and went with Fly High Media…(turns out he was 100% right to make that call.)

In this short space of time, everything had changed. Within 3 months of merging, we had gone from 2 young, hungry entrepreneurs with a few small projects in our bedrooms, to a business with 2 offices, 6 members of staff, contracts with clients such as the NHS, University of Portsmouth, Hampshire Constabulary, and many more global businesses, who all of a sudden, were putting their marketing budgets and resources, in the hands of two guys who just saw an opportunity and took it. Now, I don’t want this to take a self-deprecating route. We under-promised and over-delivered. We brought in results for our clients. In this short space of time, we hired account managers, PPC (pay-per-click) specialists, copywriters and technical web developers to work on client projects. We became so inundated with the day-to-day operations of our own company and managing of client projects, we even hired an external agency to help us market ourselves to new clients in the B2B market. We launched a podcast, and a YouTube channel, to further educate our clients and stakeholders. All within the first 3 months. We did everything we possibly could, to make sure our clients got the best results, and we reaped the maximum growth. I was, once again, doing what I love, and not working a single day in my life…

…until the day I went to work.

Every single day of running and scaling my own business has taught me something new, and I can quite comfortably say that I owe the vast majority of what I know today, to my journey with Fly High Media and The Coaching Masters. The time however came to focus on something new. At the risk of sounding incredibly cliché, it was time to move on to the next dream. Some say that a quality of a good entrepreneur is to know when to quit, and believe me, I have quit other ventures and ideas that didn’t even make it into this mention, purely because they failed. Fly High Media didn’t fail, however. The opposite, in fact. It became so big, so serious – a genuine company, which held a lot of responsibilities, both to its clients, and employees & contractors. People would very much notice if it had disappeared the next morning.

I think it was the overwhelmingly upwards trajectory which made me realise, that this is as far as I want to go on this ascending mission. This wasn’t an on-the-spot decision. It was something I started noticing a few months prior to my departure as COO of Fly High. I observed far lower levels of motivation in my work, and as a result, in my daily life. I fell into a fairly dark place, one that I haven’t experienced before. I noticed a gradual lack of drive; a lack of excitement. I fell out of love with it. I used escapism to get away from reality. That escapism, most of the time, was football. Watching it, playing it, reading about it. As it turns out, that’s what I loved.

My journey with Fly High Media therefore came to an end after just 13 months, as in February of 2020, I decided to pursue a career in sports marketing. Fly High Media continued to thrive, in the more-than-capable hands of Matt, who will undoubtably take Fly High to new high’s every day (pun intended). I just knew I was no longer the right person to take it to those new high’s.

My journey shape-shifted staggeringly further than I had imagined. I took 6 months off to completely wipe my mind, and in September 2020, I did something that those who know me well, would say is very off-brand for the Denis they know. Yes, I reverted back to Higher Education. I started a Master’s Degree in Football Communications & Marketing at the Global Institute of Sport in Wembley Stadium. The same guy who openly told a panel of University Chancellors that coming to study at their University was a mistake, was about to commit another 2 years of his life to another glorified piece of paper. I haven’t fallen out of love with marketing and communication. I still love creating things and portraying messages to an audience. I just came to the realisation that I don’t want to do so on a generic B2B marketing level for the rest of my life.

My return to University study was, as I said, very off-brand for what I stood for over the past 3 years. This felt different; and it still does. My major criticism of my Batchelors degree was the lack of practical application to the subject of media. Traditionally, theory is king in Higher Education study. In reality, especially in fast-paced industries, this approach doesn’t cut the mustard. As previously mentioned, the vast majority of what I know today, I owe to the late nights, trial & error and putting myself out of my comfort zone to build Fly High Media (Wolfden Creative in the early years) and The Coaching Masters from the ground up. My rationale behind joining GIS at Wembley Stadium was its unique offer to provide an educational experience in the epicentre of sport in the UK. There’s something very scary about studying in a classroom with a view of 90,000 national stadium seats. And I love it. I’m once again excited, I’m once again intrigued in the same way I was when I was spending hours on end working on my first client project all those years ago. Let’s see where this one takes us.